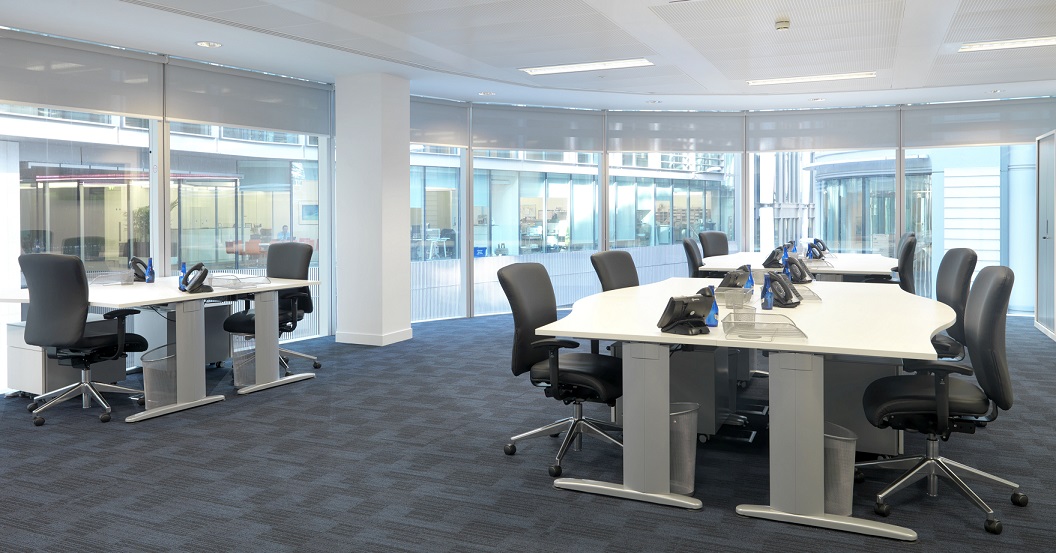 Today’s office occupiers believe that space, natural light and a bright décor are the most important criteria in choosing new office accommodation, according to the latest survey from leading independent serviced offices provider Business Environment.

The research also shows that despite the recent trend to “hot-desking” 51.6% of respondents said that they preferred an open plan office layout with fixed desk ownership opposed to 24.2% who preferred hot-desking.

Business Environment commissioned the survey to determine what current and future occupier demands are likely to impact the office market. Senior executives responsible for selecting and acquiring new offices from a wide spectrum of 500 companies were asked which factors most influenced their choice of premises. They were also questioned over what factors contribute most to staff satisfaction in the workplace.

David Saul, BE’s Managing Director, commented: “This comprehensive survey of what occupiers are really looking when selecting office space has thrown up a few surprises. Despite the modern trend for hot-desking it does seem that more than half of those surveyed believe a more traditional open-plan office with fixed desk ownership is preferable.

However 59.6% of respondents regarded the internal lay-out and space fit-out as important in determining new offices while less than a third (32.8%) felt a building’s external appearance had any impact on their decision.

Other factors contributing to office selection included transport links which 77% believed were an important influence in their decision making while 61.4% felt car and cycle parking were also important. Less important was proximity to restaurants, with only 10.2% believing this to be very important while only 15.8% said nearby shopping was a key influencing factor.

While 51.6% of participants preferred open plan offices with fixed desk ownership more than a third (35.4%) preferred a contemporary office décor while a quarter (25%) liked the “Coffice” approach with comfortable chairs and break-out areas. The latter was particularly popular with respondents over 55.

Turning their attention to what they believed creates a happy workplace almost two-thirds (65.8%)felt that the amount of space per person made for a happier workforce and more than half (52.8%) stated that the provision of nearby vending machines (coffee, drinks and snacks) was important while 49% said that interior décor rated highly along with natural daylight and climate control (46.8%). Only 20% believed staff wanted downtime activities such as pool tables and table tennis.