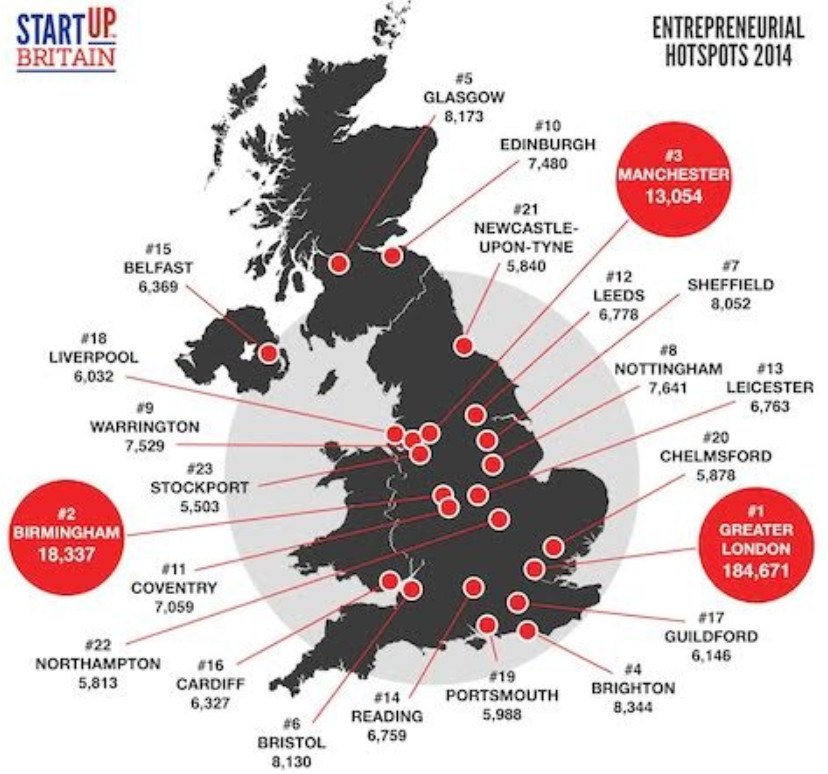 New figures announced last week by StartUp Britain show that a record number of new businesses were created by UK entrepreneurs in 2014.

A total of 581,173 businesses were registered with Companies House in 2014 according to research from the national enterprise campaign which is run by the Centre for Entrepreneurs think tank. This figure exceeds that of 2013 when 526,446 new businesses were recorded and 2012 which saw 484,224 registered.

Greater London was a top performer on the entrepreneurial map with 184,671* businesses registered, Birmingham was next in line with 18,337 and then Manchester with 13,054. The figures represent positive news for the health of Britain’s entrepreneurial ecosystem with a distinct upward trend in the number of businesses starting up outside of London.

Commenting on the research findings, Luke Johnson, Chairman of the Centre for Entrepreneurs, said:  “Starting a business is easier, quicker and cheaper than ever thanks to new technology. Entrepreneurs have higher profiles than in the past and are seen as role models. Traditional jobs for life have largely disappeared, as have occupational pensions.”

The annual figures are taken directly from the StartUp tracker online tool used by StartUp Britain which on a daily, monthly and yearly basis tracks the number of businesses registered with Companies House.