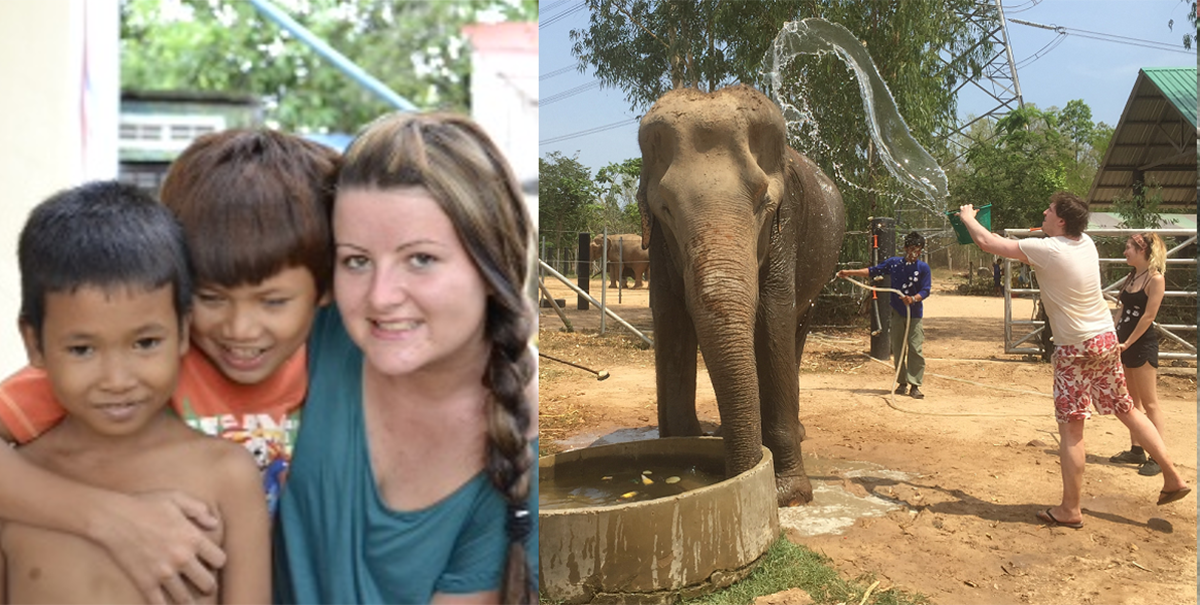 For third consecutive year Business Environment Group sent two employees on a life-changing charity trip, this year to Thailand to an Elephant and Wildlife Rescue Centre

On 5th March Business Environment Group employees James Harrison of &Meetings and Diego Quintero, of AuroroProclean, set off on a charity mission to Thailand for a trip that was to be ‘one of the best experiences of their lives.’ 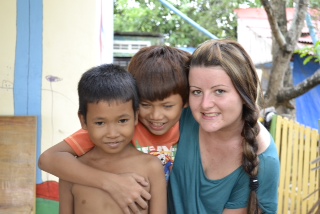 As part of BE’s corporate social responsibility programme, for the last three years we have invited all Group employees to apply to be selected to represent the company on a two week charity trip to a destination/project chosen by staff. The first year saw Charlotte from the business centre team and Will from Velocity Virtual working with poverty stricken children at an orphanage in Cambodia. 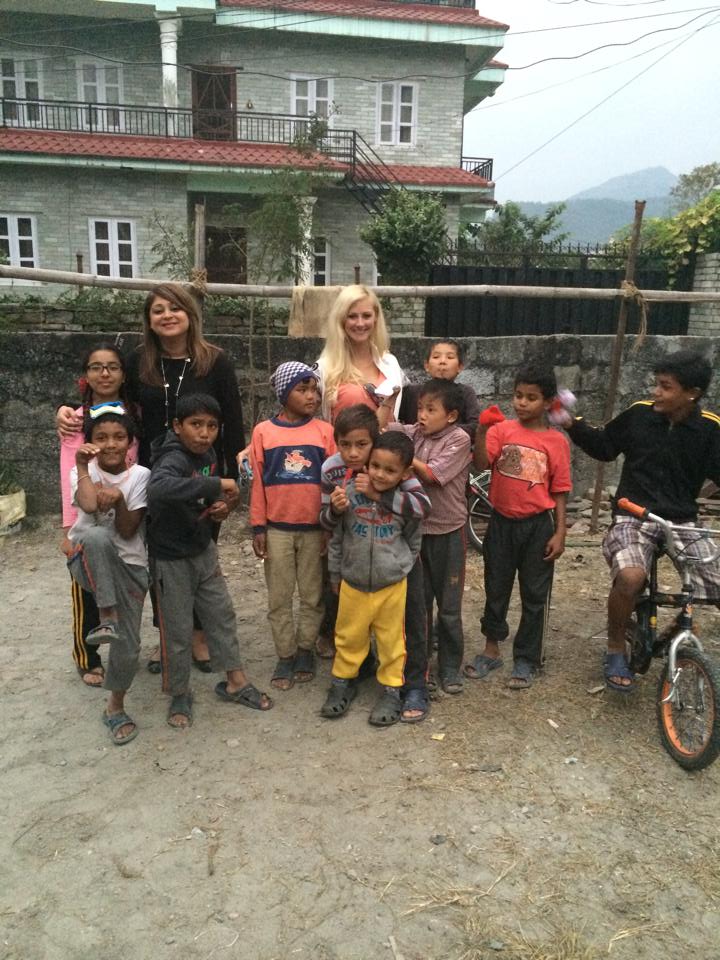 The following year Barbican Centre Manager, Yasmine and Assistant Centre Manager of Basingstoke, Jade travelled to Nepal where they worked in an orphanage, with street children and with girls who had been rescued from trafficking.

This year staff chose an animal welfare project in Thailand. Those who wished to take part applied using 140 characters to say why they wanted to go. James and Diego’s names were pulled from a hat and once again working in conjunction with leading non-profit organisation PoD, our charity trip was organised.

Here are the blogs from the first week, written by our intrepid adventurers:

The all-you-can-drink flight trolley was some consolation for the crying children and chronic backache endured on the 11+ hour journey to Thailand, but eventually we landed, bleary eyed but full of enthusiasm and motivation. On arrival at the sanctuary, late courtesy of a cab driver who was very charming but who had no knowledge of English, or the geography of his own locality, we were given a tour of the grounds and a briefing on all the animals we would be working with. Severely jet-lagged, we took advantage of the £1 a pint beer before eventually hitting the sack. 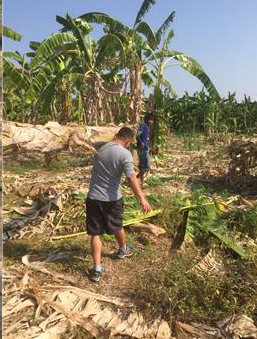 We awoke at 6.15, ready to work by 6.30. Before feeding ourselves, we made food for and fed the elephants, which took around an hour. We had breakfast shortly after this, and set straight back to work. 08.30 saw us at the harvest, cutting bananas from the trees and bringing them to the rescue centre as food for the elephants.

On our way back, we were lucky enough to be able to swim in the river, which was great fun. After a quick splash, we met up with the team at 13.00, ready to organise lunch and dinner for the elephants. We spent the rest of the afternoon watering plants, feeding the elephants and cleaning the old food and animal waste from the enclosures.

I’m enjoying this amazing experience so much!

Diego and I are now somewhat accustomed to the structure of the morning. We wake up (or at least try to) for 06.30 and locate our names on the elephant rota. We’ve yet to be paired in a group, but we’re always working in close locations.

After our morning routine of making banana balls (mashed banana, miscellaneous brown powder, and pellets) we go to the food hut to eat. There are so many different nationalities and cultures here (yet somehow everyone has heard of Croydon). Our afternoon duties fall together: the joyous task of collecting six months-worth of elephant dung from an enclosure (why it has gone uncollected so long beats me, saving it for us I guess). Three trucks worth later, complete with horrid sunburn, and we were done. 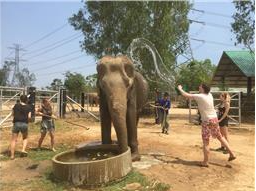 This afternoon was possibly the best experience of this trip and of my life so far (far better than becoming a big brother, or getting into university, or any of those trivial things) for we got to wash elephants. What an experience! We chopped fruit for them as a distraction, as apparently elephants can be dangerous, and we led them to a watering hole in their enclosure. We filled buckets with water and just chucked it over the elephants (and ourselves) whilst others scrubbed them with a broom! I cannot do the experience any justice with my words, but trust me, being this involved with such an animal is an incredible gift. Worth the many man hours of literally shovelling poop. They aren’t the most appreciative creatures however, the amount of times one shoved me away with her trunk made me think that she was a tad ungrateful! 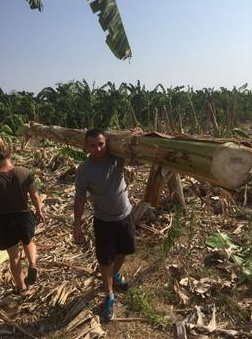 This morning began as the others so far by harvesting banana trees to prepare breakfast for the elephants. Today was the first time that James and I were on the rota to work together and we had good fun.

In the early evening after work we took a trip to the bat caves which were incredible and then onto a food market where we had planned to try something a bit different but we ended up having chicken nuggets and chips!

The next day – by James

Today Diego and I were working close to the centre, after nearly a full week of labour in the sun it was a welcome treat to be situated within 30 seconds walk of our room to lay down on breaks!

I was working with the centre’s oldest elephant Pai Lin, who the workers here reckon is at least 70 years old. She is by far the elephant with the greatest temperament. The other perks of this old girl is that she poos the least of all the elephants here, which makes for light work when it comes down the shovelling part of the day. 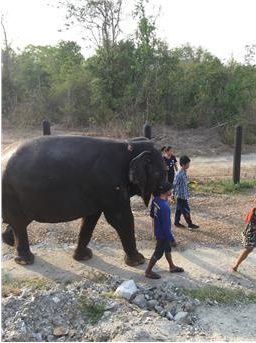 We did the usual daily tasks of making banana snacks and providing fruit and trees for her to eat, as well as cleaning her enclosure. But after all the hard work with Pai Lin was done, a really special thing happened at the centre when they brought in a newly rescued elephant, Nam Pon. The elephant had been rescued once before, but had unfortunately been sold back into the trekking trade after one of the Thai elephant workers took her with him when he left the organisation. She had been away from the centre’s support for 5 years, but you could see the joy she felt when she realised where she was when she arrived.

They had transported her from a city a 2 hours’ drive away, and watching her get off the truck to walk into the comforting shade to be showered and fed was incredible. She got off the truck in view of the centre’s most dangerous elephant Khan Kluey, and you could instantly see that these two had a connection. They extended their trunks out to one another across the centre and gestured a wave. Seeing results like this show why this Elephant and Wildlife rescue facility is so needed in these parts of the world! 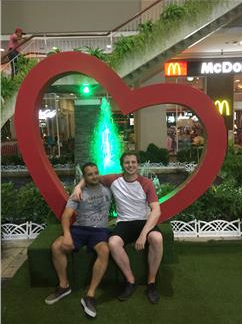 After an emotional day, Diego and I joined a few of the other volunteers into Hua Hin to visit a Thai mall and watch a film. It was nice to be in a more civilised part of the world, and by civilised, I mean air conditioned, I had almost forgotten what air felt like under 30 degrees Celsius. We spent the trip doing typical tourist things like pointing out the shops we have back home, did you know Thailand have Boots? Who’d have thought! We watched Kung Fu Panda 3 (by popular vote, not ours though!). Before the start of the film, they played a five minute tribute to the King and everyone is expected to stand and be silent to watch a montage of his best bits. From what I’ve gathered, he had stood on a few balconies and rode in the back of a few cars, the people of Thailand just seem to love that about him. They love him more than Catholics love the Pope, I didn’t expect their loyalty to royalty to be so strong.

Diego and I have the day off today, which you would assume is a good thing after the hard work we have put in to caring for the elephants and the three harvests we’ve had this week, but with the exception of having a lay in until 10.30, the day moved relatively slowly. 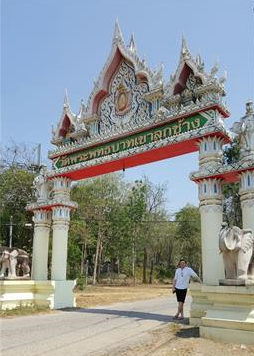 It’s not the easiest place to get things organised for a day out. My Uber app is proving extremely redundant here! We would have liked to have gone to a beach or spa and seen what Thailand had to offer, but by lunch time all we had achieved was walking to the village 15 minutes away and looking at the different flavour snacks you can’t get back home. Word to the wise, green tea Kit Kat Cornettos and salt & seaweed Pringles are actually really nice, not nice enough to wish we had them back home, but nice enough to replace rice.

I’d gone down to the bar in the afternoon for a Coke and I got chatting to Lilly, who is one of the tour guides at the centre. She told me that her and a couple of the other staff here were getting a taxi to the local spa around 20 minutes away, so I quickly ran back to the room to tell Diego and we finally had afternoon plans!

The spa was beautiful considering the surrounding area. Imagine a 5* hotel built in the 90s that never got a refurbishment, but was always partially maintained. Luxury! We had lunch, Diego and I had a burger and pint, obviously missing Wetherspoons deals, and they were amazing. I didn’t think I would miss anything from home, but food is the one thing that has been sorely missed.

I left a few hours earlier than everyone else to swim in the river with a few friends I had made here. Diego stayed and had a traditional Thai massage. He said he didn’t like it! 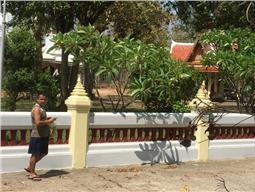 Diego is becoming somewhat of a celebrity here. He is the volunteer equivalent of Chuck Norris. We’ve been told that if one of the Thai staff says it’s hot, then we know it’s hot, unless Diego says otherwise. I don’t think he knows, and probably won’t unless he reads this, but he has a mini fan club of ladies. They refer to him as the ‘Tank’ or ‘Beast.’ One of them told Diego that he was strong and his response was “I know.” A real charmer. Diego was offered a shot of a Thai spirit that was 60%, he drank it like water, people have called him a ‘ledge.’