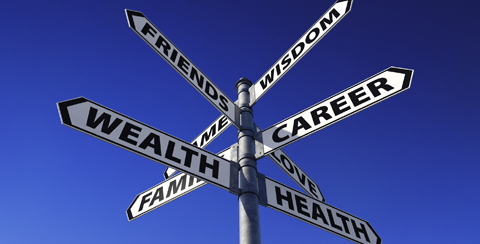 In 1831 Parliament passed a “Factory Act”, an early piece of workplace legislation, which limited the working day of people aged eighteen and under to a maximum of twelve hours.

If the image of children routinely working shifts 50 per cent longer than those of most modern-day adults seems horrific, it also demonstrates that the concept of “work/life balance” tends to shift as time passes.

By the 1930s W.K. Kellogg – founder of the cereal company – cut his employees’ shifts from eight hours to six, and some of the claimed improvements included increased productivity, increased morale, and decreased numbers of work-related accidents. By giving employees more time away from the factory, Kellogg was motivating them – both work and life were improving.

The term “work/life balance” probably appeared in the late 70s, and began to enter the public consciousness from the late eighties. The meaning was vague – the phrase became a bracket term referring to the perceived problem of workaholics and the overworked having too little time to relax and enjoy themselves away from the office, and concerns about working parents (though particularly mothers) not being able to spend adequate time with their children.

Still, the one constant tended to be that work/life balance was measured in time. The 80s saw the yuppie era, much of which was connected to a long working-hours culture. The decade saw the “big bang” in the City of London, which arguably transferred financial power from “old boy” networks to often young, ambitious workaholics; as well as the boom in California’s silicon valley (Microsoft, in particular was described as having a “churn ‘em and burn ‘em” culture, in reference to the huge workload their young programmers endured). As a result, a certain section of the population seemed to be working very long hours indeed. More than a third of American people in professional and management positions found themselves in the office for more than 50 hours a week.

Today, however, the meaning of work/life balance has shifted again. The growth of the internet, email and particularly smartphones (58 per cent of UK residents now have one) means that the distinction between the work and the home is blurring. With more and more people working from home, or at least able to check their messages, it is theoretically possible for many to work all the time.

So where does that leave employers? We’d argue that a good company has an obligation to ensure that staff do not work too long – either in the office or remotely. This isn’t just because employers have a duty of care; as the Kellogg’s example demonstrates, people who work fewer hours often work better. (It is interesting that France, with its maximum 35 hour working week, has more productive workers than the USA, when measured in average output per hour).

Monitoring and restricting workers’ hours is not easy – particularly when there is pressure on the business. Still, there are several steps which can be taken.

Firstly, management needs to lead the way. Managers have a big hand in setting company culture;. if the boss works late and compulsively checks her emails in the small hours, her staff may feel the need to emulate this behaviour. So, if she makes a point of leaving on time, and ignores messages after a certain hour – and even better, explicitly encourages others to do the same – she will reduce the pressure on employees to be perceived as spending every waking hour working.

Similarly, the HR department should keep an eye on hours being worked. If an employee or team is routinely staying late, steps should be taken to identify the reason and allocate more resources to ease the pressure.

Finally, although there will be occasions when people have to work late, companies can mitigate the damage. Policies can include free taxis home after people have worked beyond a certain hour, sparing them a lengthy commute; for unusually long shifts some firms buy employees takeaway food, to foster a sense of camaraderie.

A perfect “work/life balance” may not be possible – the phrase alone is too vague – but steps can be taken to prevent the two factors being thrown too far out of kilter. So spend time worrying about your firm’s work-life balance – but ensure it doesn’t make you stay too late.