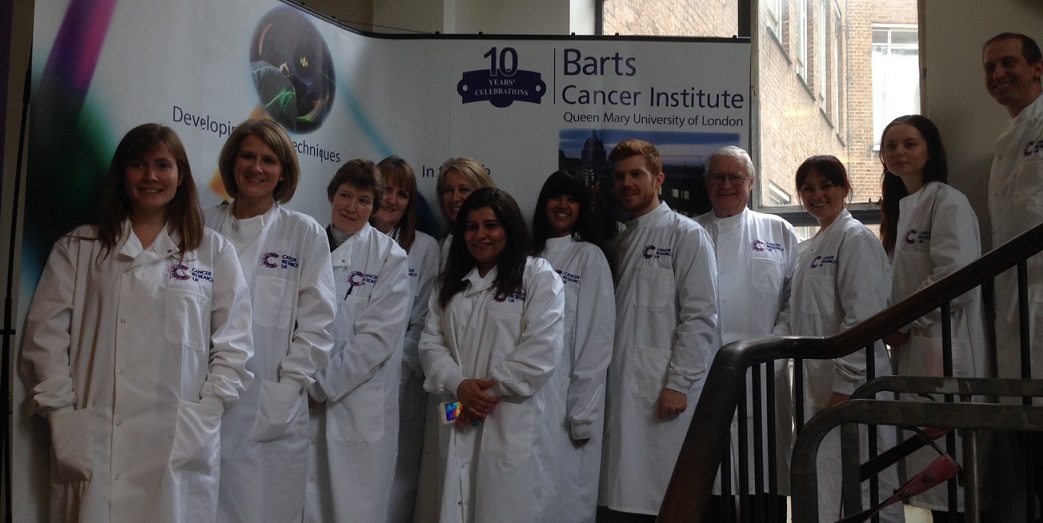 On Monday 9th March I had the great pleasure and privilege of joining other CRUK Cancer Campaigns Ambassadors at Bart’s Cancer Institute in Central London. The visit was an opportunity to gain an update on CRUK’s plans for its comprehensive ambassador programme as well as a chance for us to see for ourselves research in action, with a tour of the laboratories.

98 per cent of CRUK’s research takes place in 18 key locations across the UK including five world leading institutes, 15 outstanding centres for research and 18 experimental cancer medicine centres. At Bart’s the emphasis is on women’s, men’s, blood and pancreatic cancers as well as prevention. 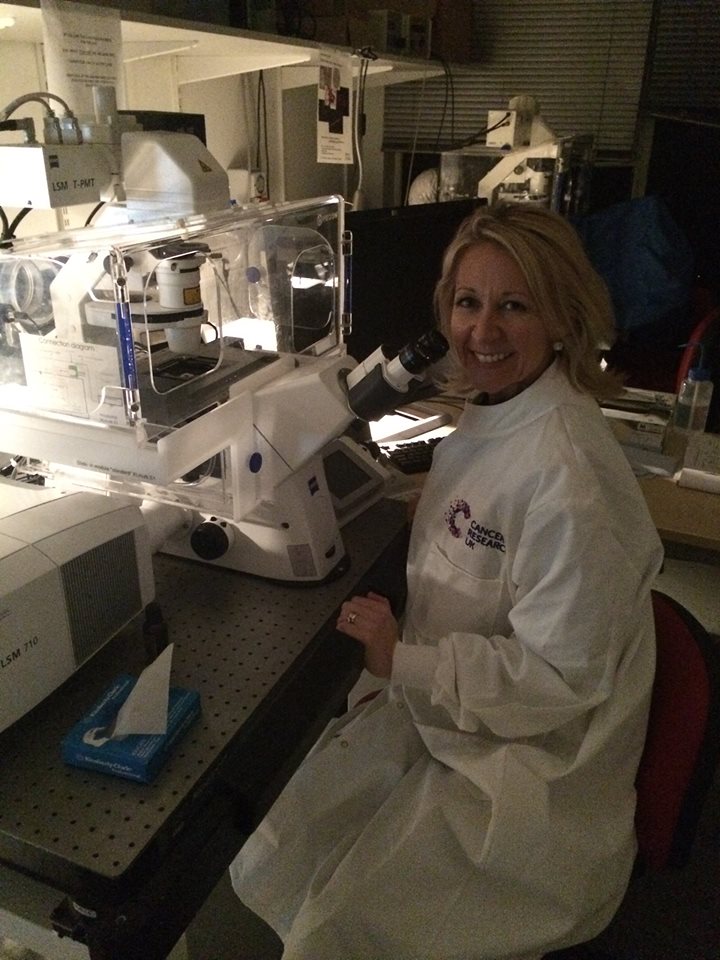 40 per cent of CRUK’s annual spend is on laboratory research which develops into translational research, through to clinical trials which leads to patient benefit. In the last 20 years cancer death rates in London have fallen by more than 25 per cent in no small part because of research.

CRUK’s two major campaigns were discussed, Cross Cancer Out and Setting the Standard. The Cross Cancer Out campaign seeks to target all general election candidates to ensure that cancer is on their agenda in the run up to the election with a view to securing early diagnosis and fair access to treatment for all. The Setting the Standard campaign is pushing for the introduction of standardised packaging on cigarettes in the attempt to prevent children taking up the habit. It is estimated that of today’s 12 million under 16 year olds, a shocking 500,000 will die from smoking related illnesses unless smoking rates fall. Evidence from Australia shows that removing the branding and design from packs will help.

Returning to the office after the event I was grateful for Business Environment’s culture of volunteering which permits each employee three days of paid leave per year in order to carry out charitable activities. This culture is led from the top down by Managing Director David Saul, who co-founded and serves as an executive of Rays of Sunshine Children’s Charity which grants wishes for children with terminal or life-limiting illnesses.

Business Environment’s ‘Giving Something Back’ Scheme donates almost 10,000 hours of paid staff time per year to support charities and good causes by granting three days of paid leave to each employee for charity activities, actively encouraging them to engage in volunteering, in addition to sponsoring two employees on a two week volunteering mission every year.

Last year, Barbican Centre Manager, Yasmine Shah and Basingstoke Assistant Centre Manager, Jade Armitage spent two weeks volunteering in Nepal in partnership with the non-profit organisation, Personal Overseas Development. During their visit, the ladies worked in an orphanage, a home for street kids and with girls who had been rescued from trafficking. The year before two employees took part in a similar trip to Cambodia and there are plans to repeat the exercise again in 2015.