Focus on managers: What sort of work boss would Joe Wicks make?

Focus on managers: What sort of work boss would Joe Wicks make?

As part of our regular spotlight on managers, we have a think about what body coach and bestselling author Joe Wicks would be like as a boss…

As we all try to live a little healthier while juggling ever-busying lives, some of us have turned to body coaches and nutritionists for that extra advice and encouragement.

One of the most famous of these is Joe Wicks, who burst onto the scene back in 2015 with his best-selling Lean in 15 cookbook. As we try and shape up over summer, we wonder how Joe would be as a manager in the office… 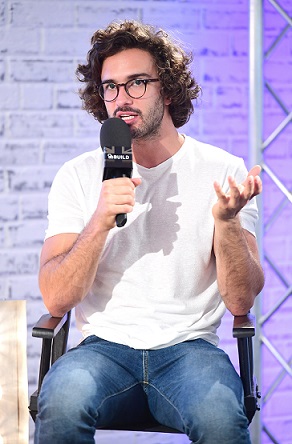 Who is he?
Less than five years ago, Joe was a struggling personal trainer looking to make a career for himself in the fitness sector. These days, he’s the CEO of a multi-million-pound operation and has a business empire that stretches out across TV, books, homewares and fitness. Not bad for a man who made his name with 15 second recipe videos on Instagram!

Notable achievements
Plenty. Joe is the ultimate self-made millionaire for the social media generation. From those humble beginners, he’s become one of the most instantly-recognisable faces of the healthy-living boom. His 15-second Instagram videos went viral, which got him noticed by the publishers of his first book.

Since then, the bestselling books and fitness DVDs just keep on coming. He’s got his own Channel 4 show called The Body Coach and is even bringing out his own range of cookware. He earned a reported £5.5million last year — that’s equal to around £15,000 a day. Some achievement.

Best managerial traits
Motivation: Not many people could argue that Joe Wicks is anything but motivated. Building his own business empire from scratch took an amazing amount of effort, but to do it in such a short amount of time is an incredible feat. And if creating his own business wasn’t hard enough, he still has time to look great.

Great diet: Imagine coming into the office every day to find that breakfast, lunch and dinner had been lovingly created by Joe? We think it would be pretty awesome, and a great way to ensure you’re eating healthily. Joe’s 15-minute recipes have transformed a lot of people’s lives, and we’d love to get some tips about creating great tasting meals from the man himself.

Potential pitfalls
Fitness freak: OK, so maybe fitness and healthy eating isn’t for everyone. We get that. Some of us would just prefer to kick back with a double cheeseburger and cut down on the kale. We aren’t sure how the world-famous fitness coach would take to us sneaking chicken nuggets into the office, although considering he seems pretty laid back, we think he’d probably be alright with it.

Larger than life: If you’ve ever watched his Instagram videos you’ll know that Joe Wicks has a larger than life personality, even in 15-second bursts. For some of us, that would mean having an excited and engaged boss, but for others his enthusiasm might get a little tiring after a while.

Overall rating as a manager
With his cheeky chappy charm and excellent culinary skills, we think Joe Wicks would make an effective manager. We’d love to get the chance to live a little healthier using his methods, and while the constant healthy living kick might get tiring at times, it’d pay off in the end.