Which Downton Abbey character would make the best boss?

Which Downton Abbey character would make the best boss?

Who would you trust from Downton to take your career further? We ponder the possibilities…

The upstairs-downstairs world of Downton Abbey seems a far cry from today’s flat structure enterprises. But whether it’s managing etiquette or equity, inheritance or investment, the country estate has plenty of candidates capable of being a boss. Who would you trust as your next manager? 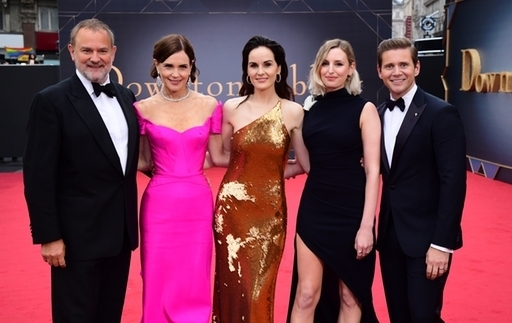 Violet Dowager, Countess of Grantham
A boss who believes strongly in tradition, perhaps to the detriment of a business. Beyond suffering quips about your new outfit or behaviour at last month’s leaving drinks, expect a supportive manager you’d love to have in your corner.

The sharp-witted countess may shudder at the suggestion of bean bag office furniture, flexible working hours or any other idea outside of the 19th century. However, for all her reluctance to embrace change and an inability to control her forked tongue, Violet has all the potential to be an astute leader.

Lady Edith Crawley
A candidate with personality traits often overlooked in the office. Lady Edith has found her efforts underappreciated in the past and as a result her managerial style could see her placing a heavy emphasis on appraisals and recognising the work of her team. Her determination and organisation has led to a successful spell as manager at a publishing business in London.

Despite a history as a competent and hard-working leader, Edith may find herself starting rivalries with her female colleagues, thanks to an uncompromising inferiority complex. The middle child of Downton is unlikely to refer to her work as her “baby” (sorry Marigold).

Lady Cora Crawley
A liberal leader, keen to embrace change even in the company of very conservative colleagues. Lady Cora has the potential to irk some of the longstanding members of the team and let her fiery temper get the better of her.

However, Cora has been known to invest in a foreign venture in the past and end up falling in love with the project. Her adaptability and sensitivity make Downton’s resident American a great fit as a modern boss. With a proven track record of managing a village, an estate and a hospital, her only pitfall could be her emotional disposition.

Lord Robert Crawley
A boss who isn’t afraid to make difficult decisions to keep up with the times. Introducing electricity at Downton was met with disapproval from his peers, but Lord Crawley’s actions suggest that the family patriarch could be tech-savvy in the workplace.

Lord Crawley champions the welfare of his staff and regards those in junior roles in the same way as his senior colleagues. A tendency to think more with his heart rather than his head, however, has led Robert to poor investments, especially during difficult times. The popular figure and natural leader might be the most likely to ‘cough up’ at a team meal, though, so this might make him a popular choice.

Lady Mary Crawley
A candidate with a record for taking responsibility in her stride. Through her willingness to learn new skills, Lady Mary has proven herself to be a competent leader. Her resilience during tough times should prove to be an asset to any business, but it comes with a caveat, as a reputation for office gossip precedes her (ask Edith).

A great ability to take on a new challenge, all whilst showing compassion to those around her, could play in her favour. Lady Mary’s modern approach would help any company take on the future, just keep her away from middle managers/sisters.

Mr Charles Carson
A loyal servant to his employers and a team player who has worked his way up the ranks. For all his stiff behavior, there’s a fun-loving man bubbling beneath the surface, so you can expect a cheerful Charlie at office socials.

Downton’s head butler would make a natural leader, literally and figuratively opening doors for his team. With ”the palsy” and a reluctance to modernise, however, Carson may be better suited taking a consultant role.

The winner is…
Who knew that a post-Edwardian manor house would provide so many candidates for a modern-day manager? Whether it’s upstairs or downstairs, in a country estate or at a startup, there are a number of transferrable skills on display.

Ultimately, Lady Mary’s ability to take on responsibility, nurture those younger than her (we remember you Sybil) and all-round competence amongst controversy gets our winning vote.