Which Eddie Redmayne character would make the best employee?

Which Eddie Redmayne character would make the best employee?

Eddie may have the Oscar but which of the characters he has played could win the employee of the month award? Join us as we take a look at the contenders.

Oscar-winning Eddie Redmayne hits cinemas this month in new film The Aeronauts. With business heirs, world-renowned physicists and Hogwarts alumni among his repertoire, Eddie’s alter egos are an eclectic bunch. Naturally, we asked ourselves which you’d most want to work for your company.

Marius Pontmercy, Les Misérables
Marius’s reputation as a lawyer with a compassionate streak makes the Frenchman a sought-after talent in today’s competitive business climate. The intelligent young man wants nothing more than a strong father figure and could manage something revolutionary with the right guidance. 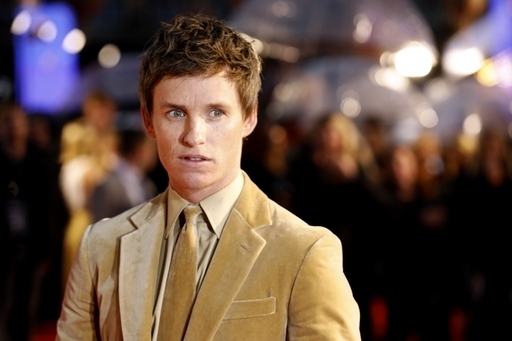 Monsieur Pentamery’s strong sense of justice and determined nature are both admirable, but you’d have to keep him in the loop with any office developments. Those that fail to communicate with Marius have found themselves at the wrong end of an unshakeable grudge.

Stephen Hawking, The Theory of Everything
We’re struggling to think of a business that wouldn’t welcome one of history’s greatest minds to their workforce. With his critical thinking Stephen Hawking would make a great addition to an operations team somewhere. Just don’t be surprised if his incredible ability sees him sitting in the CEO’s chair in no time.

The physicist’s one downfall might be his stubbornness. ‘The Theory of Everything’ taught us that he would rather fight his battles alone and the world’s most famous scientist may be reluctant to ask for help from his team even when needed. Then again, we doubt he’d ever need help.

Einar Wegener/Lili Elbe, The Danish Girl
Einar is the toast of his hometown in Copenhagen, a networking natural, if ever there was one. His artistic eye lends itself well to a graphic design role and has won him many fans in the art world. His confident and charming manner make him a model client-facing employee.

Einar can be difficult to contact at times and Lili often replies to correspondence in his place. The young lady is a sensitive and soulful character who you can’t help but feel you’ve met before. There’s a danger that the accomplished artist may get on the wrong side of his colleagues, as rumours about him being two-faced have gathered momentum.

Newt Scamander, Fantastic Beasts and Where to Find Them
Newt’s suitcase knows no bounds and suggests the magizoologist, a student of magical creatures, is a resourceful candidate. His passion for his interests is unquestionable, although he’s likely to take more tea breaks than most – remember how much he loved that kettle?

Although a natural with animals, Newt is best suited working with creatures away from an urban environment. The haphazard Hufflepuff may miss deadlines or lose important documents but would make a dedicated worker. He’s not a natural candidate for a client-facing role though, as he struggles to make eye contact with anyone human at all.

James Glaisher, The Aeronauts
Weather forecasting pioneer James Glaisher is willing to do whatever it takes to get his team to the top. Holding the record for the greatest altitude reached in a balloon, clearly indicates that the meteorologist sets high standards for himself. As a founding member of the Meteorological Society and the Aeronautical Society of Great Britain, Glaisher is a great team player with the power to bring people together.

But he may get carried away with his targets around appraisal time. A strong manager would bring his ideas crashing down to Earth before he takes colleagues along for the ride.

Balem Abrasax — Jupiter Ascending
Balem is best known as the heir of the house of Abrasax, a powerful family in ‘Jupiter Ascending’ and producers of the life extending RegeneX. His wealthy family aren’t short on business acumen and have successfully managed their empire for thousands of years, but Balem’s employability ends there.

Harvesting a single portion of Regene X comes at a cost of 100 human lives. And as the wealthy heir is estimated to be between 14,005 and 90,000 years old, we can assume he’s not afraid to use those around him to get what he wants – hardly the office team-player. A nasty, jealous streak could see the wannabe autocrat ruffle a few feathers at staff social events.

And the winner is…
When planet-consuming heirs line up against pioneering meteorologists, cutting the shortlist for the best employee isn’t a hard task. When that meteorologist is in competition with a mathematics professor and a love-struck revolutionary, things get a little trickier.

In the end Marius Pontmercy is the employee we’d most like to share an open-plan office with. Hawking’s intelligence could see him overthrow his boss in no time and Glaisher’s maverick ways could lead to disaster. But the French lawyer would make the perfect colleague, ready to go into battle with the team fighting for what’s right.