Which on-screen couple would make the best business partners?

Which on-screen couple would make the best business partners?

Lady Gaga and Bradley Cooper’s intimate duet at the Oscars have sparked rumours of an offscreen romance. The spark between many on-screen couples may appear to make them ideal for one another romantically, but that same tension can spell disaster for a pair who want to be business partners.

TV has given us plenty of couples to admire, but it’s less common that we see a romantic pair successfully running a business together. The perils of love can be very different to the strains of operating a company. Even if a couple are amazing at being in a relationship, that might not translate to working well as corporate partners.

So what would happen if these romantic couples went into business together, given their interactions both as friends and as more?

Monica & Chandler (Friends)
Monica’s Type A personality and Chandler’s overly laid back style of living cause problems in their romantic endeavours, but would these be an issue in business? Sometimes, having a more easy-going person to front a business and get clients on board is a good thing, particularly when you have a very organised, driven person behind the scenes. However, Monica and Chandler would need to learn to communicate effectively to make the most of any business venture.

Buffy & Angel (Buffy the Vampire Slayer)
The on-and-off again romance between these doomed lovers is magical and heart-breaking. Their love is destined to fail from the start, though they both try to make it work, both as friends and as lovers. As business partners, Buffy and Angel could be pretty great. Both are driven people when given a goal, and as their history defeating the bad guys shows, when they work together they make an excellent team. However, their romantic tension and history could be a problem that could leak into their professional lives too easily. 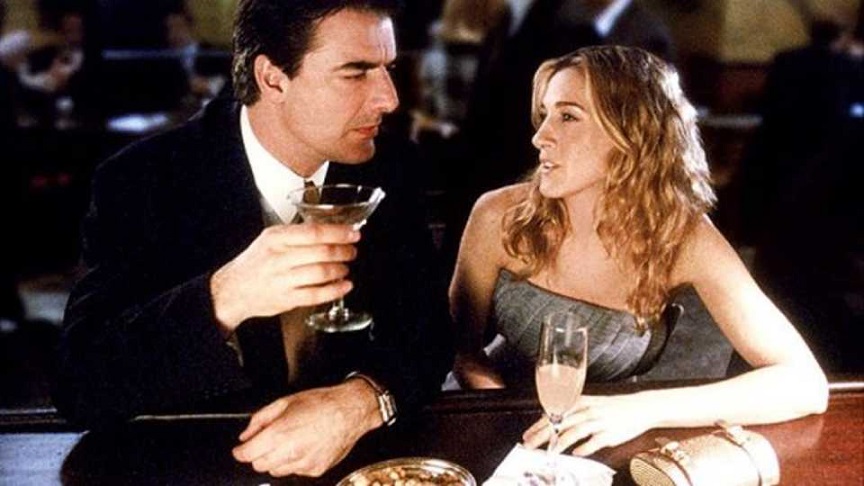 Carrie & Mr Big (Sex and the City)
The meeting of two self-centred people – one a fashionable columnist, the other a mysterious tycoon – in the Big Apple somehow led to love for Carrie Bradshaw and Mr Big. Followers of the series saw their dysfunctional relationship blossom from casual meetings to courtship, full-blown relationship, break-ups, affairs, marriage and more. It’s safe to say the hot-and-cold nature of their romance would probably translate to business too, and that’s not the best idea for two people looking to handle clients and work in a calm and collected manner. Though the two manage to have successful careers independently, their interactions with each other show they would probably end up screaming at each other at some point – not a very good way to do business.

Lorelai & Luke (Gilmore Girls)
The relationship between Lorelai and Luke blossomed from a supportive friendship into a full-blown romance, and though it eventually developed into a strong and healthy bond, it did have its moments. Luke’s dependable nature and Lorelai’s creative passion and ability to talk herself out of trouble would likely offer a business some excellent skills. The solid basis of respect and camaraderie between them would help these two lovers to be good business partners, though they’d need to work on their communication skills to make sure they were on the same page at all times.

Glenn & Maggie (The Walking Dead)
The fact that these two lovebirds met during a zombie apocalypse means they’re both strong-willed fighters, and that’s great news for their chances as business partners. As Glenn and Maggie have to battle lack of food, constant danger, health issues, internal fighting in their group and more, they manage to keep their relationship strong by talking things out. Their ability to think quickly in dangerous situations while considering each other’s feelings and needs is a vital skill for business partners to share. And if they can take on zombies, they can probably take on the stresses of the business world!

Piper & Alex Vause (Orange is the New Black)
The difference between this couple and the other TV characters is that they already went into business together – and it went badly. Piper and Alex’s brief working relationship was running drugs, and it landed them both in orange jumpsuits and prison cells. The twosome’s bickering and frequent betrayal of each other means that in spite of their care for one another, they would be terrible business partners. In a working relationship, the desire to fulfil goals and succeed has to be more important than individual winning, and that seemingly wouldn’t be the ideal for Piper or Alex.

Marshall & Lily (How I Met Your Mother)
Soft-hearted Marshall and unpredictable Lily have an adorable but somewhat tumultuous relationship that eventually works out for the best, but not without its share of misunderstandings and mishaps. The steady(ish) couple of the series can be petty and sometimes too focused on fun, but they do manage to make their marriage work. Marshall and Lily make it through some pretty tough times by relying on each other, so if they decided to go into business together, they could succeed with a little effort on both sides.