Which Star Trek captain would make the best boss?

Which Star Trek captain would make the best boss?

Join us as we boldly go where no BE Offices blog has gone before, to ponder the question of Starfleet’s most suitable manager.

Reliant, Excelsior, Enterprise: with a fleet of starships that sound like Apprentice team names, the link between business and Star Trek is stronger than you might think.

Join us as we turn away from the tech and look at the captains steering the ship to find business’ next best boss. 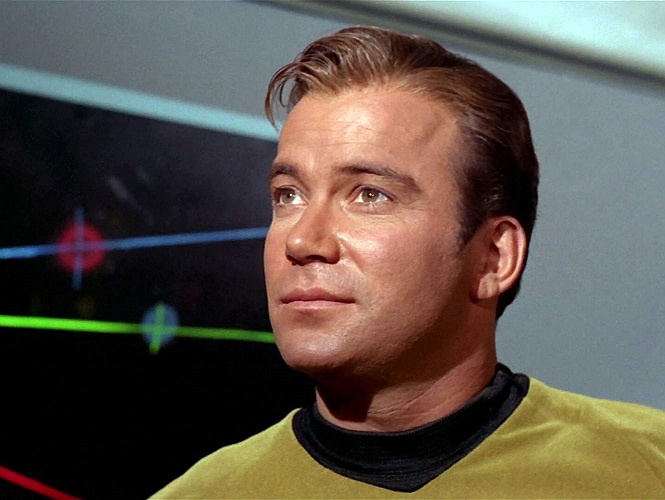 Jean Luc Picard
If you’re looking for an authoritative leader that keeps his distance from the troops, look no further than Patrick Stewart’s Picard. The officer’s Vulcan-like character won the approval of Spock early in their relationship as the half-human explained: “I understand why my father chose to mind meld with him.” Stirring words from such a stoic and logical man.

Who wouldn’t want to share the thoughts of such a great mind; well-read in alien civilisations and responsible for successfully steering the Starfleet for the most part of the 24th century? The Frenchman isn’t afraid to make big business decisions as he proved on his maiden Enterprise voyage, separating the starship’s saucer at a warp speed of 9.5 in a risky manoeuvre that paid off.

Kathryn Janeway
Like many modern managers, Vice Admiral Janeway is fuelled by coffee, but a penchant for caffeine isn’t her only humanising quality. In fact when stranded in the Delta Quadrant, it’s her humanity and principles that define her response to an adverse situation. A manager who remains calm and diplomatic during tough times is everyone’s professional dream, the Federation and business superiors would be pleased.

Despite being the first captain to successfully traverse the death trap of the Delta Quadrant, it’s Janeway’s prowess with handling people that sets her apart from other candidates. Successfully uniting the Starfleet with the long-forsworn Maquis for a 70-year long journey, she is sure to convince board members that a department or branch merger is well within her capabilities. Be warned, she may downplay her skills for her own benefit in extracurricular activities – such as a game of pool.

James T. Kirk
You might want to take a seat before reading Captain Kirk’s CV. The highly-decorated leader has a track record of leering at female members of his team, literally destroying his workplace and shirking responsibility (remember David Marcus, aka James Kirk Junior?) Employees may want to stay clear of their prospective manager as he’s known for having a split personality, behaving both unprofessionally and successfully leading his ship through dire situations.

The greatest tribble (pun intended) with Kirk, is his lack of responsibility. When things get hairy, or fluffy, the man has no reservations about palming his problems off to others – just ask the Klingons who inherited his exponentially growing dilemma. The highly-illogical hire often allows personal vendettas to distract him from the task at hand, with decisions that often prove fatal to his colleagues’ careers (or just fatal in general).

Benjamin Sisko
Not one to shy away from poisoning a planet or making a bold decision to support his superiors, Sisko is the captain you want leading the way at critical times.

Sure, his reactive nature often leads to negative consequences for staff, meaning a nightmare for HR and anyone named Q on the team. But the captain’s enterprising ways have won him the admiration of human colleagues and other species alike. The Emissary of the Prophets made a reluctant start as a boss, but with some encouragement grew into the role as an influential leader.

Office foodies are sure to warm to Sisko and his Creole creations, which is something else to consider.

Jonathan Archer
If you’re looking for a manager at a young company, Jonathan could be the perfect candidate. The captain played an important role in the foundation of the Federation and was responsible for forming many of the laws and protocols that exist well beyond the 22nd century. The New Yorker’s familiarity with warp speed technology and his ability as a pilot suggest he’d be the perfect manager for understanding the nuts and bolts of a business.

Archer has all the trappings of a modern boss, referring to his team by first name rather than rank, a Starfleet rarity, and being a strong advocate for bringing pets, like his beloved Porthos, to the office. Emotions, however, could lead to his downfall, as he’s been known to struggle with key decisions. His allowance of a personal grievance with a few Vulcans to influence his opinion of the entire race could prove problematic for HR.

And the winner is…
A Captain Kirk CEO in the modern age? Unthinkable. A knuckle-wielding Sisko at the helm? No thanks. That would leave Archer, Picard and Janeway in the running. While we’re all for an animal-friendly Archer, his bias against a whole planet could seriously hinder a recruitment drive, affect performance in new markets and to boot, is simply unethical.

For every inspirational speech delivered by Jean Luc, Kathryn has successfully avoided conflict in her team, made up of alien representatives across the universe. In fact, it’s her way with people that makes her the best boss. Where Picard fails to build relationships with his staff, Janeway motivates difficult personalities and ventures into new markets, all without spilling her coffee –  ingredients to make any modern business live long and prosper.