As we venture further into the area surrounding our new Belfast building, Custom House, we visit another historic building, Belfast City Hall.

Having already featured the ‘Salmon of Knowledge’, the Albert Memorial Clock, the Harland and Wolff cranes and the historic Titanic Quarter, we now take a look at another of Belfast’s iconic buildings, the City Hall.

Some fifty years younger than Custom House, Belfast City Hall, located in Donegall Square, opened in 1906. Queen Victoria had awarded city status to Belfast in 1888, in recognition of Belfast’s thriving shipbuilding, engineering, linen and rope-making industries and its resulting expansion, which saw it briefly eclipse Dublin as Ireland’s most populated city.

The new city leaders felt the existing Old Town Hall on Victoria Street was not sufficiently imposing for their new city status and so commissioned a new building to be constructed on the site which had once been home to an important international linen exchange, the White Linen Hall (pictured). 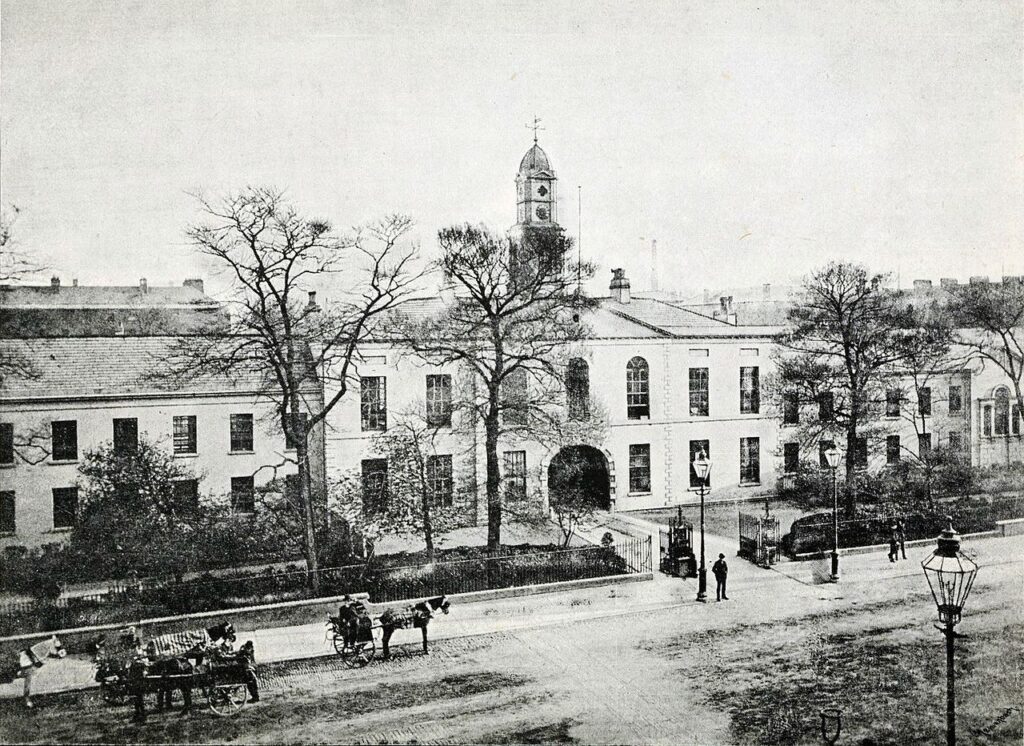 Profits from Belfast’s gas industry were used to fund construction of the building which was designed by architect Sir Alfred Brumwell Thomas. Built in Portland Stone, in the Baroque Revival style, it was eight years in construction and inspired the building of an almost exact replica in Durban, as well as the Port of Liverpool Building.

Its impressive interior boasts a Grand Entrance, Grand Staircase, Reception Room and the Banqueting Hall, the roof of which was destroyed on the night of 4/5th May 1941 during the Belfast Blitz. The building is also adorned with stained glass windows, Carrara, Pavonazzo and Brescia marbles, royal portraits and shields depicting the provinces of Ireland.

Visitors are welcome for free at the permanent visitor exhibition which opened in 2017. The self-guided journey takes visitors from Belfast’s past to the present day through six themed zones showing the diversity and vibrancy of the city. There is also the opportunity to visit the Titanic Memorial Garden and a selection of memorials and monuments within the grounds.