BE Offices’ PR & Marketing Officer, Julie Tucker, to use one of her charity days to support Cancer Research UK

Julie is hoping that the sun will be shining at 9am tomorrow (Tuesday 19th April)  when she turns up at St James’s Park in Westminster to take part in a fundraising/awareness event for the world’s leading cancer charity.

MPs, parliamentary staff, journalists and Cancer Research UK Ambassadors (Julie is one of the latter) will take part in the event which hopes to raise funds for life-saving research, as well as develop ambassador/MP relationships to assist CRUK with its ongoing efforts to influence Westminster policies on health and cancer related issues.

Cancer Research UK has already saved millions of lives by discovering new ways to prevent, diagnose and treat cancer. In the last 40 years survival rates have doubled due to the pioneering research it has funded.

Cancer Campaigns Ambassadors, such as Julie, who liaises with her local MP for Hendon Matthew Offord, help to roll out CRUK’s political campaigns – persuading decision-makers to bring in new laws and investment in cancer services that will ultimately save lives. As well as working directly with their MPs, ambassadors attend group lobbying events in Parliament, promote campaign activities online and engage with local communities and local press on various campaigns. 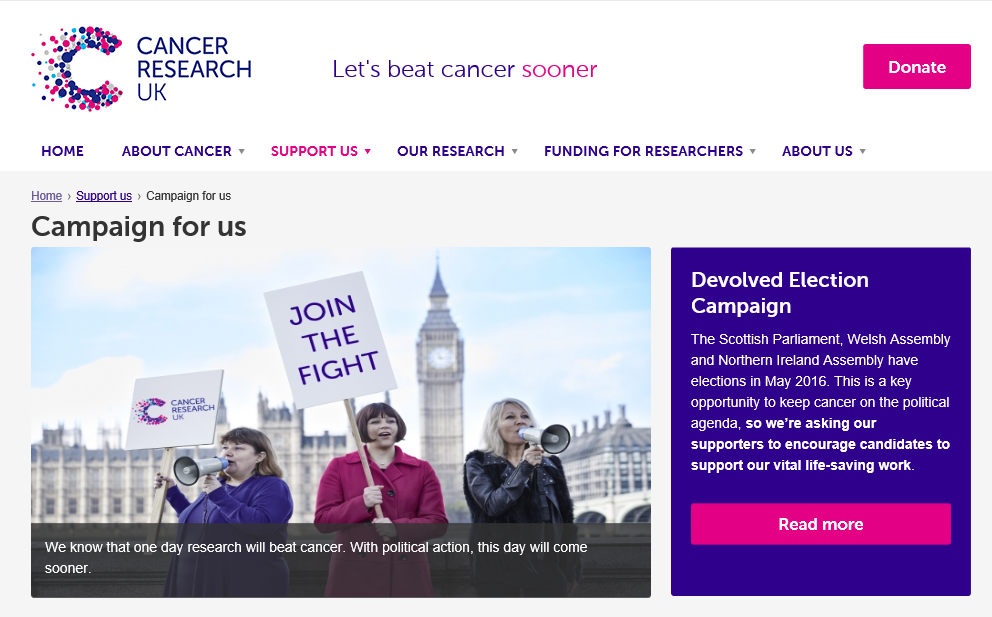 Anyone can apply to be an ambassador, indeed it is CRUK’s wish to have at least one for each of the 620 constituencies in the UK. Julie volunteered in memory of her father who passed away in 2010 as a result of prostate cancer. She is honoured to be an ambassador and feels privileged when meeting fellow ambassadors who are themselves survivors or, like her, campaign in memory of a loved one.

Julie has attended Parliamentary lobbying days, visited research facilities, taken part in ambassador photo shoots (which resulted in her being the poster girl for the Cough Up campaign, as well as featuring on the Ambassador page of CRUK’s website above), worked on CRUKs campaigns for standardised packaging, to Cross Cancer Out and the latest Cough Up campaign to ask government to enforce a levy on tobacco companies to help pay for Stop Smoking services. 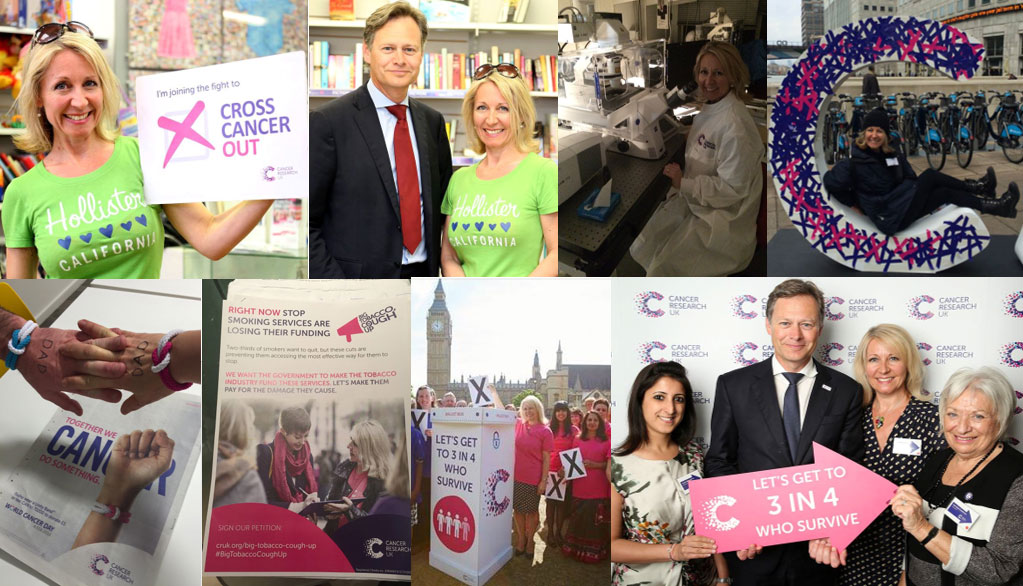 BE Offices supports all its employees in their efforts to, in turn, support charities which have touched their hearts. The “Charity Days” scheme was launched in 2011 for team members with each employee given 3 days paid leave per year to work for a charity of their choice, which totals a donation of 6,000 hours per year. In addition two employees are selected every year to take part on a two week volunteering project oversees. This year James Harrison and Diego Quintero visited an Elephant and Wildlife Rescue Sanctuary in Thailand, the year before Yasmine Shah and Jade Armitage worked with orphans, street children and girls rescued from trafficking in Nepal and before that Charlotte Cox and Will Rodd helped children at an orphanage in Cambodia. These trips were arranged via POD Volunteer.