Spotlight on Belfast: The Lagan Weir and Lookout

Spotlight on Belfast: The Lagan Weir and Lookout

On the doorstep of our new Belfast building, Custom House, the pedestrian bridge atop the Lagan Weir affords great views up and down the River Lagan.

Places of interest abound in the area surrounding our incredible new building, Custom House in Belfast. We’ve already explored the ‘Salmon of Knowledge’, the Albert Memorial Clock, the iconic Harland and Wolff cranes, the historic Titanic Quarter and the City Hall. Today we find out more about the Lagan Weir and Lookout. 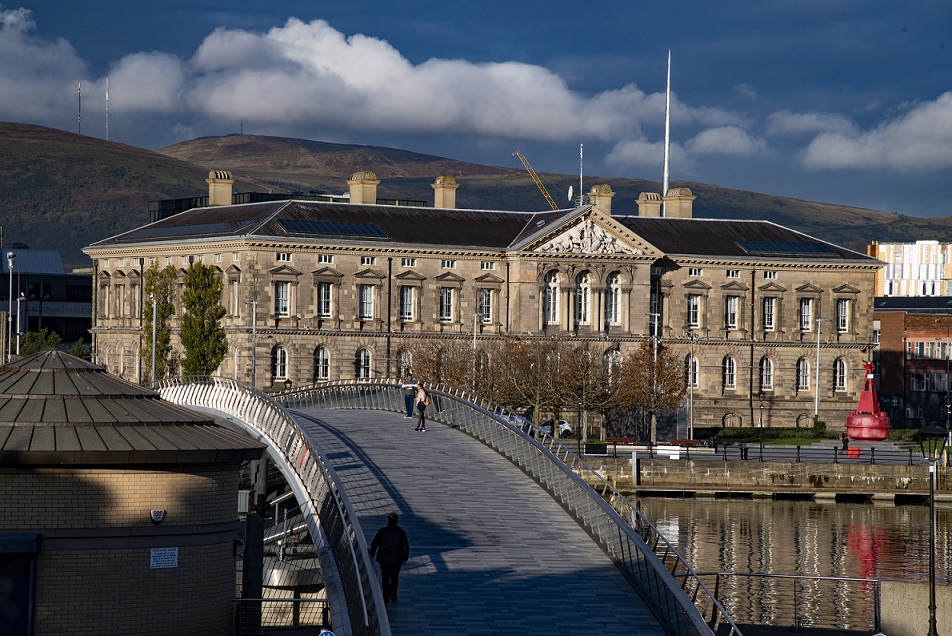 An engineering marvel, the Lagan Weir, opened in 1994 having been constructed in order to address problems caused by tidal fluctuations which at low tide would expose unsightly and odorous mudflats. The project was conceived as far back as 1988 with HRH The Prince of Wales involved in the ceremonial setting of the first pile in March 1991. An enormous floating crane was used to lift the five 32 tonne weir gates into position, gates which were most aptly manufactured by Harland and Wolff.

Atop the gates an elegant steel and glass pedestrian and cyclists bridge links the Titanic Quarter to Belfast City. From the bridge it is possible to occasionally spot seals, and there is a great view of the ‘Big Fish’ also known as the Salmon of Knowledge, with Custom House resplendent in the background. 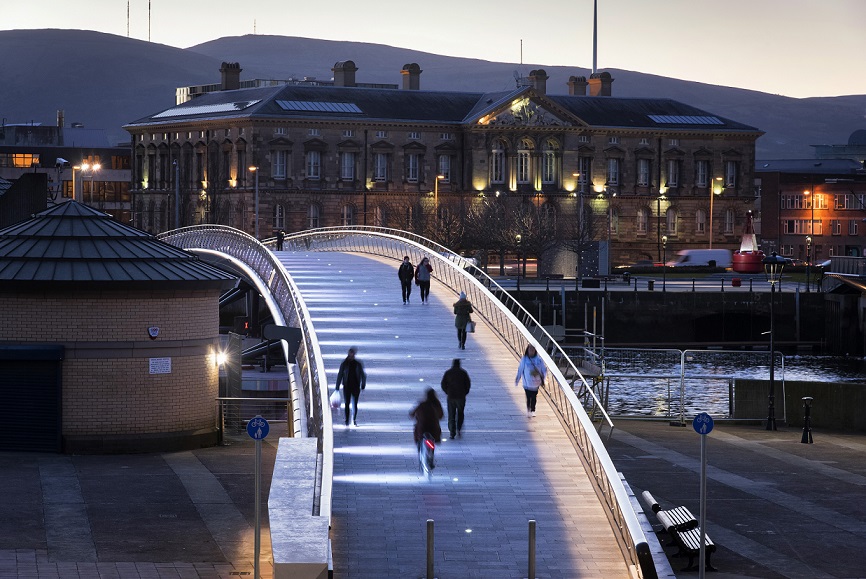 The Lagan Lookout, not far from Custom House, was constructed as part of the weir project and houses a visitor centre with an exhibition on the function of the weir and the history of the River Lagan.