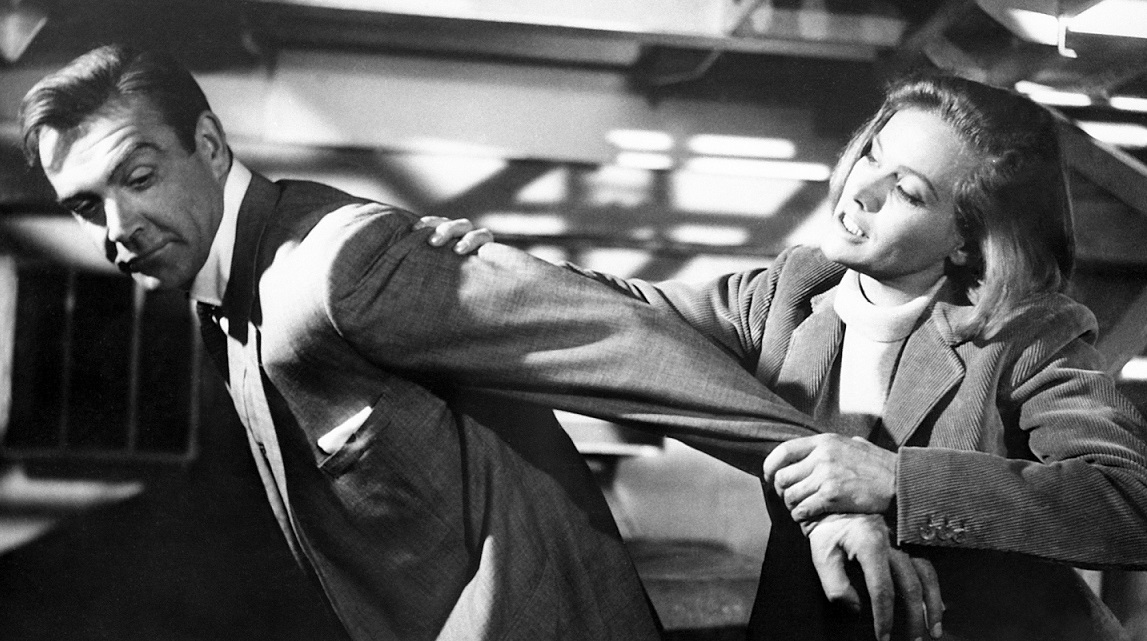 With Bond once again back on the big screen next month, we look at whether working with the man himself would be a Goldeneye-d opportunity or would it scare the Living Daylights out of you.

He’s appeared in various forms from the cold-calculating killer of Ian Fleming’s novels to the pun-spouting suave secret agent of the big screen.

But throughout the various incarnations there have been a few aspects of Bond’s personalities that have always been there.

We take a look at whether these would make him the natural successor to M or whether he’ll be as bad a boss as Blofeld.

The Man with the Golden Gun
There’s a lot to love about Bond. Here we take a look at the positive aspects of his personality and how they’d work in an office setting.

He’s driven
It may always seem like he’s going to fail at some point, but through his drive and determination (and guns) he gets the job done. That can be quite inspirational in an office environment – a boss who will get the job done no matter what.

He’s well-trained
Educated abroad, Mr Bond speaks fluent French and German. He attended Eton College (briefly) and Fetes College later in life, and has trained with the Royal Navy. As part of the Secret Service, who knows what other training he’s had but we’re sure he’d be able to handle any situation office life could throw at him.

He’s charming
He’s certainly got an eye for the ladies, and the feeling is usually reciprocated. But he also has the charm that makes men willing to die for him. A strong and charming boss can be important when promoting or expanding your company.

He has a moral code
His methods may be sometimes boarding on excessive but his moral compass is true. He doesn’t do the job for the money or fame, but because it’s the right thing to do. Morals in the office are often overlooked and Bond could be a great role model for young workers.

Dr. No
But while 007 performs many good deeds, his methods are often not to everyone’s taste. We take a look at how this might make him as popular as a slow moving laser beam in the office.

He’s mentally unstable
A study by New Mexico State University describes the Dark Triad of Bond’s personality – Machiavellianism, narcissism and psychopathy. These three give him the ability to gain people’s trust and take advantage of them. There’s also the fact that he kills for living. He’s always been portrayed as just being in control of his emotions – we wouldn’t want to be in the office if they got out of control.

A sexual harassment risk
Part of his job is to infiltrate enemy camps – and his main tool seems to be by sleeping with someone. And it’s not just the enemy; he’s often found sleeping with comrades. While not illegal, workplace romances can lead to a lot of complications, especially the Bond-style of ditching them soon after.

He doesn’t play by the rules
Bond gets the job done, but often by upsetting his superiors. He plays by his own rules, which is fine in the world of international espionage, but less so in the office. His unpredictable nature and lack of rules could make working for him frustrating as the goal posts are changed to suit his mood.

He’s ruthless
Bond doesn’t do attachments. He may have got married once, and seems to fall in love at least every 2 years, but he’s ruthless enough to ditch any connections when needed. He may be loyal to Queen and country but if he no longer needs you, you can expect a P45 in the mail.

Would he make a good boss?
Probably not. There’s a reason why, despite all his experience, he’s still a field agent and not running M15. He’s simply not built for a desk job.